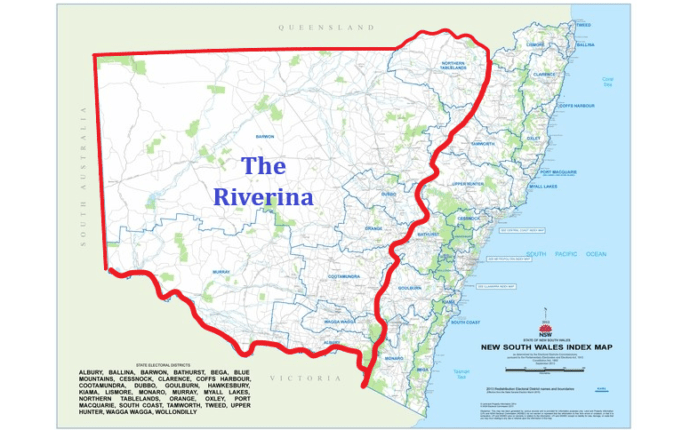 Video of maps illustrating the need for a Riverina State. 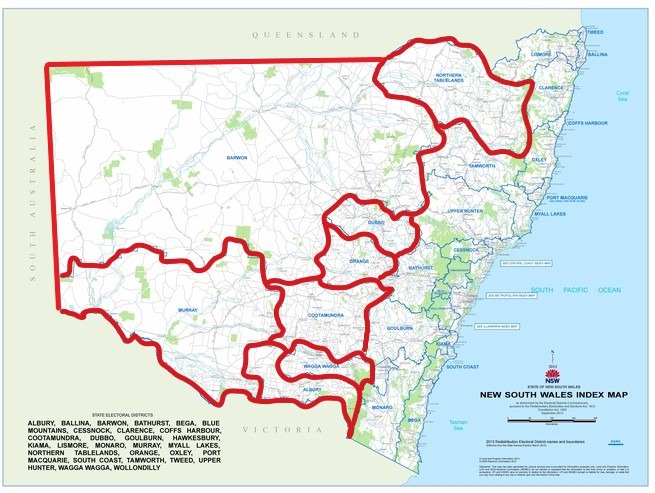 The map above displays the electorates in the first state election in 1904.

The above map is the forecast one electorate west of the Great Dividing Range in between forty to seventy years’ time. 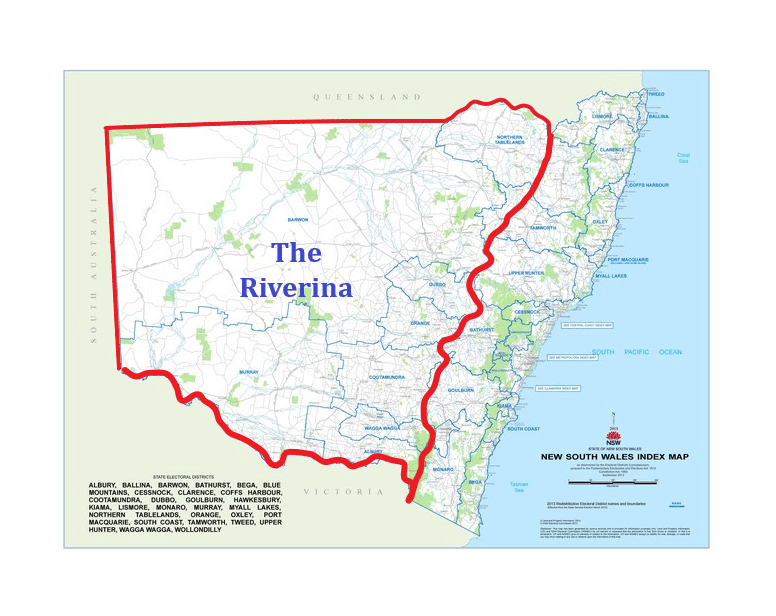 The map above outlines the potential area of The Riverina State. It may be larger. 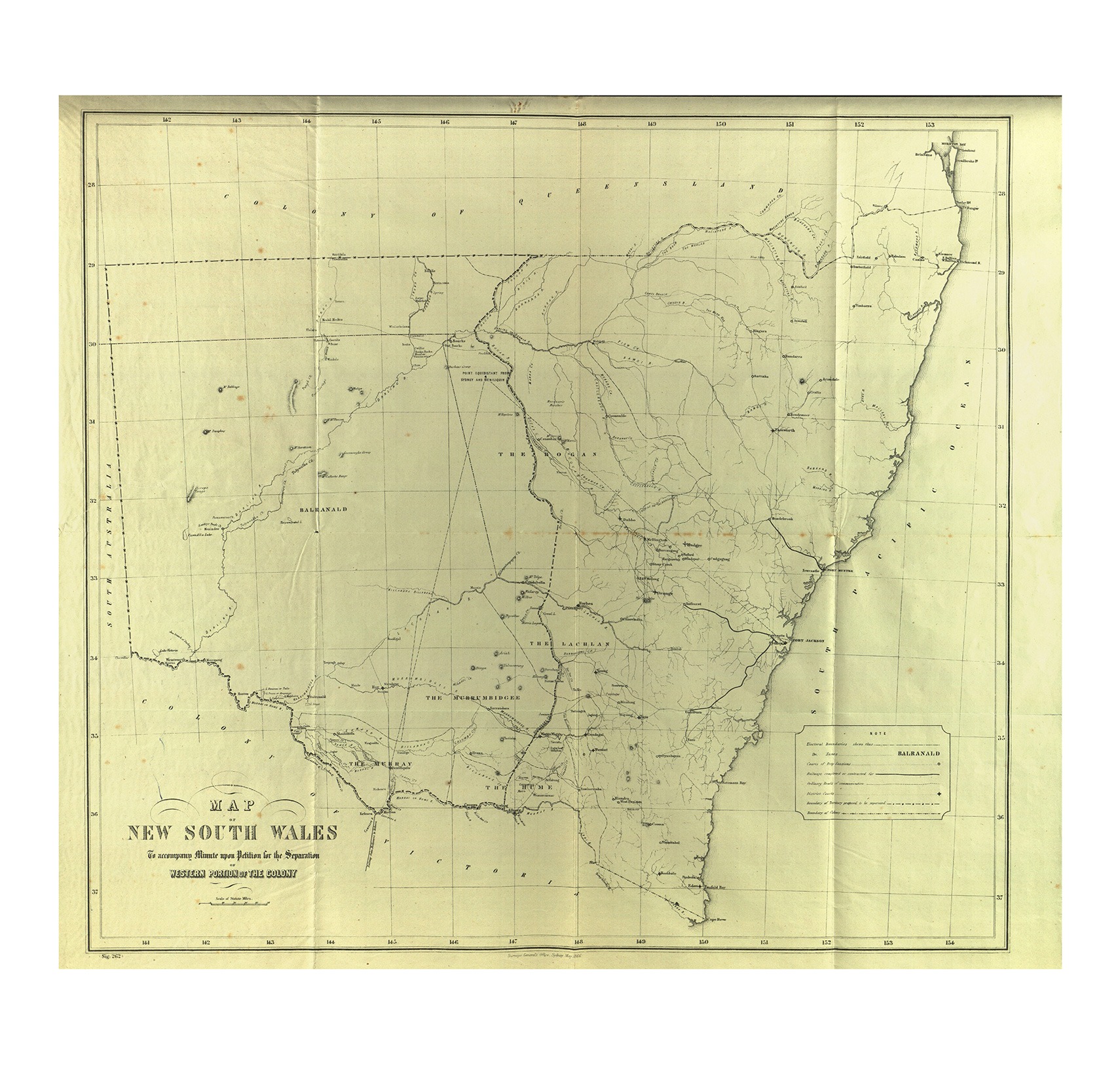 Above is the map of the Riverine District from the petitions of 1863 and 1865 to form a Riverine Colony.

The smaller electorates are the cities of Albury and Wagga with an additional three, Griffith and Leeton with three, Broken Hill with two, and Deniliquin and Moama with one.

The purpose of area qualifications is to ensure effective political representation for people in all areas of the state, and to prevent a concentration of political power and consequent domination in one area or city of the state, to the detriment of the people in the remainder, as is the case in N.S.W.

The coloured south east 10% of the area of the state is limited to ten electorates. This is ten of a total of twenty seven electorates displayed, being 37% of the total.

While some people in these electorates may be tempted to be aggrieved by this limitation, this same area comprises the two N.S.W electorates of Albury and Wagga, with 2.2% of the members of the N.S.W. Legislative Assembly. This is far less than the percentage in The Riverina state; and even this is certain to decrease further over time.