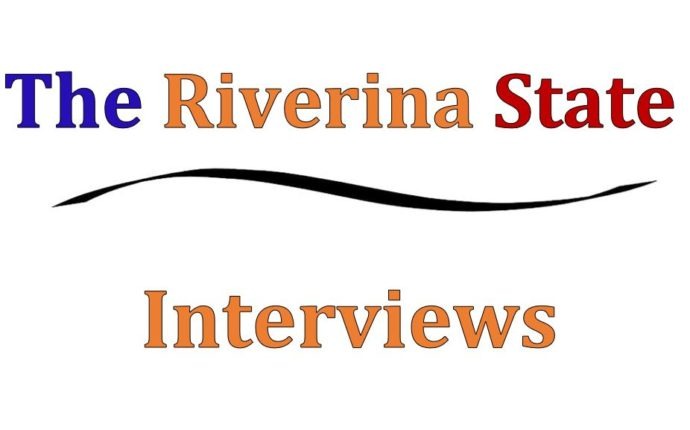 Trevor Andrews: This is our fifth lock down. We can’t go on. We need to open up.

Lee Miller:Northern Victoria is being shafted just as badly as The Riverina.

Interview with Peter Marks at 2HayFM. Covering a variety of issues and reasons for a Riverina State.

Phillip Williamson. “A Riverina State is a great idea. That way people in the country have their own right to do what they want with the water.”

Interview with Shelly Schouller, founder of Speak Up for Water.

“Speak Up is a voice for rural communities” (in the water issue).

…’idiots in Sydney saying lets lock it all up, destroy the local economy… and in a few years we’ll have a massive fire that will ruin all the timber.’ Tim Quilty.

‘They traded us off for votes in the city’ Chris Crump.

A Riverina State … It’s the only way to go, for sure. Rod Anthony.

Discussing meeting with Mick Keelty, Inspector General of Murray Darling Basin Water Resources, and the new Victorian irrigator group. ‘Now we have a (irrigator) group across three rivers … and speaks with relevance to the local issues in this area.’ Chris Brooks.

Forming a Riverina State is essential and an act of responsibility.

There are more Green voters opposed to irrigation in N.S.W. than there are voters west of The Great Dividing Range.

James Whelan: Northern Victoria should join The Riverina as a state separate from both Victoria and N.S.W.

Phil O’Neill: Everything we’ve got is on the line at the moment because of the way the water situation is. We’re not in a perilous position, but we’re in an uncomfortable position.