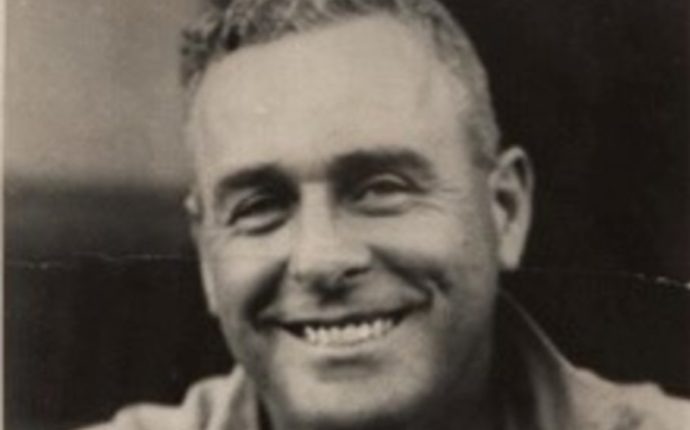 The name ‘The Riverina’ was coined in a letter to the Melbourne Press in 1856 by the energetic separatist Dr. John Dunmore Lang.  Moves to cause the secession of The Riverina from N.S.W. had been made during the 1860’s, but this movement had declined by the 1880s.

The Riverina Movement became active again during the 1920s, and reached a crescendo of popularity in Wagga in the early 1930s.

Country people were discontent under the N.S.W. government of Premier Jack Lang. Lang was severely criticized for his mismanagement of the economy. Excessive taxation, mass unemployment and a fall in world prices for primary products exacerbated the situation in country areas. Lang’s proposed repudiation in 1930 of interest payments on overseas loans soon became, what biographer Bede Nairn described as, “the epicentre of a social and political earthquake” which brought to the fore a flurry of anti-Lang, anti-Labor and anti-Communist forces. 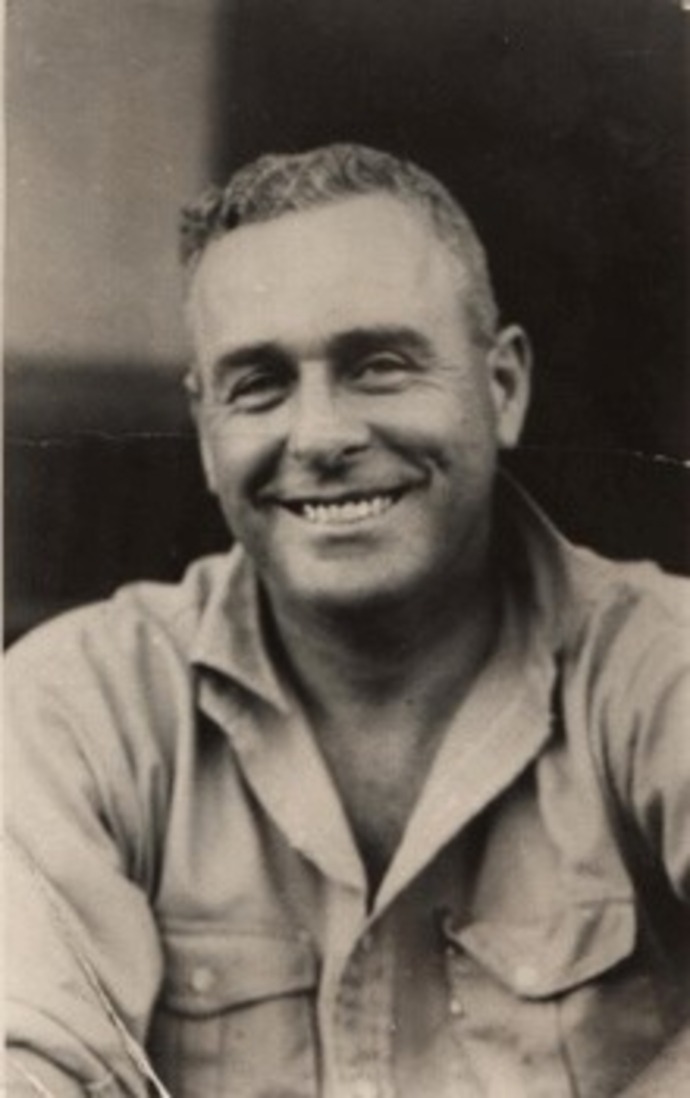 Thirty-three-year-old Charles Hardy Junior emerged as a charismatic leader and the chief organizer of the Riverina Movement. Hardy appealed to long time farmers, soldier-settlers and townspeople, all united in anti-Sydney feelings.

An unprecedented 10,000 supporters from across the Riverina, including leading pastoralists, graziers, businessmen, politicians and an army of local protesters met in Wagga on 28 February 1931 at what became known as “the great riverbank meeting”.

Wagga business houses closed at 3.30 p.m., enabling both employers and their staff to attend.  Presided over by E. Fenn Lusher, the movement was supported by some of the most prominent residents in Wagga – including the Smiths of Kyeamba, the Brunskills of Allonby and J.D. Norman of Oak Hill – to name but the tip of the iceberg. 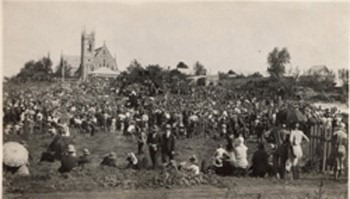 The charismatic Hardy was nicknamed the ‘Cromwell of the Riverina’. All newspapers reported that Hardy was a born orator ‘with the staccato phrasing containing the force of the fighter’.  He appealed to the emotional as well as the logical qualities of his audience.

Hardy delivered an ultimatum to both State and Federal Governments that attendees considered long overdue. In summary, the ultimatum demanded immediate reduction in taxation, and financial relief for primary producers. It also stipulated that if neither government acted by 31 March, a referendum would be held on whether The Riverina should secede from N.S.W.

One week after the Narrandera rally about 200 delegates met again and formulated a policy to place the Riverina Movement on a more permanent footing. In following months meetings were held at Deniliquin, Hay, Tocumwal and Jerilderie. This prompted Smith’s Weekly to comment: “the countryside is blazing more and more with dangerous passions of resentment against city politicians”.

Charles Hardy however soon altered his stance on secession. He instead began to advocate  the abolition of all state governments and the establishment of largely self-governing provincial counties. The New England Movement, which had been advocating secession from N.S.W. since the 1920s, rejected the provincial plan, and instead, continued to push for a new state in the north. Over the following months, Hardy disagreed with the New England Movement leaders on just what model would suit provincial and regional NSW should both regions break away from the rest of the state.

As the 31st of March approached, neither State nor Commonwealth Governments seemed to act on the resolutions set forth at the riverbank rally. Riverina Movement leaders now feared that if they did not carry out the threat of secession they would lose support. Some had little idea of how they were going to carry out this task when the time came. The date did arrive and neither State or Commonwealth governments had acted on the Movement’s resolutions. Hardy and the Riverina Movement’s leadership then declined to initiate a referendum on secession, and instead pursued the creation of self governing provinces within N.S.W

By July 1931, up to 60, 000 people had signed a petition asking for the abolition of state parliament and the creation of provincial units. In September, a deputation of fifteen men from the Riverina Movement, including Hardy, presented the petition to the Prime Minister, James Scullin (1876-1953). A month later, Scullin denounced the petition, much to the disappointment of Hardy and the new staters in New England.

As the Riverina Movement had found common interest with the New England, Western and Monaro-South Coast movements, these formed the United Country Movement (UCM), to press for reforms and to establish a political base. Shortly afterwards, consensus was reached between the regional movements to merge the UCM with the Country Party. Not all within the Riverina Movement were happy. For many, the politicisation of the UCM represented a step back from its anti-political idealism. 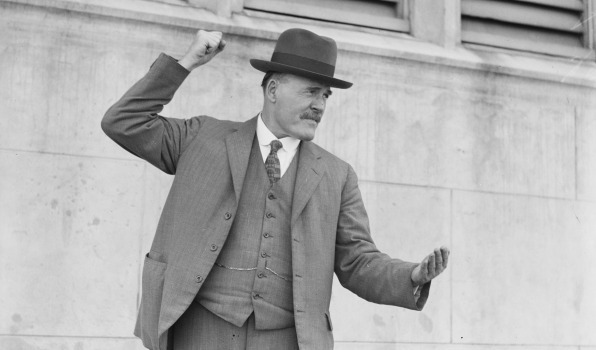 Meanwhile, the atmosphere in Sydney by early 1932 had become tense. After Lang announced that NSW would be half a million pounds short of meeting its interest commitments, the new Commonwealth government, made up of the conservative-led United Australia Party (UAP), introduced legislation to recover moneys from the State’s revenue. Lang contested this in the High Court in April, but the legislation was found valid. Lang responded by locking the doors of the State Treasury, preventing the Commonwealth from viewing its official records. He also tried to appeal to the Privy Council, but to no avail.

The State’s finances seemed to be on the verge of complete collapse. As a desperate measure to put the State’s finances back on track, Lang rushed through parliament a bill imposing a 10 per cent capital Levy on all mortgages. Business leaders were up in arms. A petition was sent to the NSW Governor, Sir Philip Game (1876-1961), pleading that he reserve his assent on the grounds that it would destroy the business community. In response to Lang’s recovery bill, the Commonwealth passed legislation to nullify it. On 10 May, Lang issued a circular to all NSW government officials aimed at ensuring that State public moneys be withheld from the Commonwealth.

This was the final nail in the coffin for Lang. Governor Game learnt of the circular on 12 May, and the next day, dismissed Lang from office on the grounds that the premier had issued and refused to withdraw a circular which contravened Commonwealth law. A Provisional Government made up of the UAP and Country Party was formed, and within weeks the controversy subsided.

In August 1933, under the new Provisional Government of NSW, a Royal Commission was convened to inquire into, and report on areas of New South Wales suitable for new states, and to ascertain the opinions of electors in those areas proposing self-government.

The Commission met on 18 October, and heard evidence from each movement for approximately fourteen months. When the Commission released its findings in early-1935, it found that three areas, including southern New South Wales (the Riverina), were suitable as states, and recommended that a referendum be held to determine the voice of the people. Nothing was done. The NSW Government did not act.

With Lang out of the picture, much of the enthusiasm and idealism which was witnessed in the early days of the Riverina Movement had well and truly disappeared. With the Riverina Movement subsumed by the Country Party, its programme dissipated among  the more orthodox lines of piecemeal improvements.

and Museum of the Riverina ‘Senator Charles Hardy and The Riverina Movement.’