Home/Uncategorized /The Prohibition of Native Timber Harvesting in Victoria is the inevitable future for N.S.W, including The Riverina.
Uncategorized

The Prohibition of Native Timber Harvesting in Victoria is the inevitable future for N.S.W, including The Riverina. 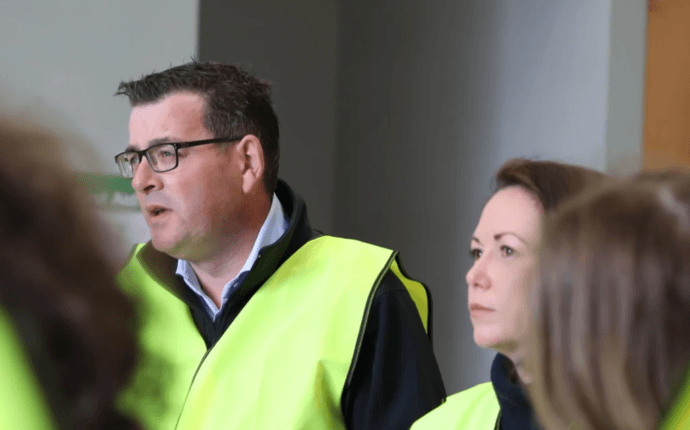 While the article has a balance of opinion recorded, regrettably, it only very briefly and vaguely mentions that harvesting is selective and self replacing. David Landini.

The historic decision to ban logging in Victoria’s old-growth forests has sparked a fresh confrontation between Premier Daniel Andrews and the federal government.

Thousands of timber workers are bracing for job losses and the industry has lashed out at the plan, while conservationists have hailed the protection of thousands of hectares of native forest.

Old-growth forest logging will cease immediately and the harvesting of younger native trees will be phased out completely by 2030, Mr Andrews said in Gippsland on Thursday.

Under the government’s decision, native forest areas the size of Tasmania will be protected by the time the logging ends.

Mr Andrews said the old-growth logging ban would protect 90,000 hectares of native forest, with another 96,000 hectares to be exempt from logging under an action plan to protect the greater glider, an endangered, tree-dwelling marsupial.

An extra 50,000 hectares of plantation timber will be in the ground before the native logging ban begins in 2030, the government said.

“The lack of support and commitment to this sustainable industry is strongly condemned” Senator McKenzie said.

She said native forestry was a “sustainable industry”, and the average harvest area over the past five years equated to 0.04 per cent of the total publicly owned native forests in the state.

Mr Andrews told 3AW that making difficult decisions was part of his job but he could not wait for a “universally popular option”.

“This will not be easy, but the alternative is to do nothing,” the Premier said.

“We have taken the time to make sure that this is a transition that is managed; it is not a matter of flicking a switch – that would be the wrong outcome in terms of preserving jobs.

“No one said this would be an easy job. It’s very tough some days and this has been a tough day,” he said.

“Daniel Andrews is prepared to sacrifice thousands of Victorian jobs just to get some Green votes. It’s disgusting,” he said.

Mr O’Brien said the policy would not benefit old-growth forests, as they were already protected.

He said VicForests had contracts to continue logging old-growth forests over the summer, and he called on the government to legislate the protection of these forests immediately.

Australian Forest Products Association chief executive Ross Hampton said the industry was “gutted” by the announcement and vowed to lobby the government to reverse its policy.

“This is a death sentence for Australia’s proud sustainable native forest industry,” he said.

Mr Hampton said the number of jobs that could be lost was uncertain, as the timber industry subcontracted many smaller businesses. He predicted some regional towns may collapse.

“Unlike in a city when a factory closes and another opens up, in these country towns there will not be a replacement industry, these communities will hollow out. The doctors will leave, the chemists will shut.”

A spokesman for the Construction, Forestry, Maritime, Mining and Energy Union declined to comment until the union had spoken to affected members.

Speaking in Strathbogie in the state’s north-east, Environment Minister Lily D’Ambrosio praised the policy package as a “series of very important actions”.

“Taken together as an entire package, by 2030 this will represent the most significant environmental protection for Victoria that we’ve seen in the history of this state,” she said.

The timber industry had a “strong future” in Victoria, the minister said, but it needed to enter a transition period to protect ecosystems and vulnerable species including the Leadbeater’s possum and greater glider.

“We know [forests] are fantastic sinks for carbon, [and] so important to our water resources and our air quality.”

She said local economies could benefit from ecotourism as the government promotes the forests, a suggestion Mr Hampton strongly rejected.

“The idea of tourism replacing forestry is nonsensical,” he said.

“It’s laughable. At least not at the scale. It’s not a replacement.”