NSW Politics is shutting the Irrigation and Forestry Industries. 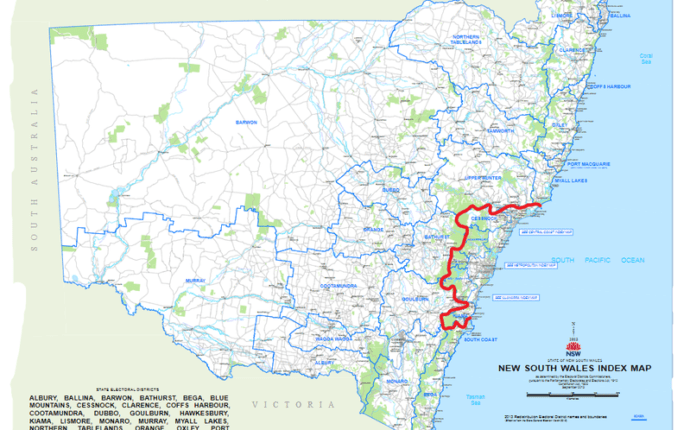 While the vast majority of people in the electorate of Murray are aware of the devastating effects of the Basin Plan and national park prohibitions, the political problem underpinning these disasters needs to be also understood.

Of the 93 electorates in NSW, 70 are in the Newcastle, Sydney and Wollongong areas. In the 2015 state election, approximately 362,000 of these people voted for The Greens.

NSW is dominated by the population and politicians in Newcastle, Sydney and Wollongong. To be elected in these areas, politicians must be Green orientated, or at least appeal to Green opinions.

Politics is numbers, and the numbers are by far and away in the metropolitan areas of NSW. These numbers are in varying degrees hostile to the irrigated agriculture and forestry industries that directly or indirectly provide the livelihoods of the vast majority of people in Murray.

Politics is the reason the irrigated agriculture and forestry industries are being shut down.

The people in Murray and the wider Riverina need to form a Riverina state separate from NSW. This state will serve the interests of its own citizens rather than the misconceptions of Green orientated metropolitan voters. This state will open up the irrigated agriculture and forestry industries instead of shutting them down.

A Riverina state is the only guarantee of the survival and prosperity of the people in Murray.