The Land: Out of the Loop 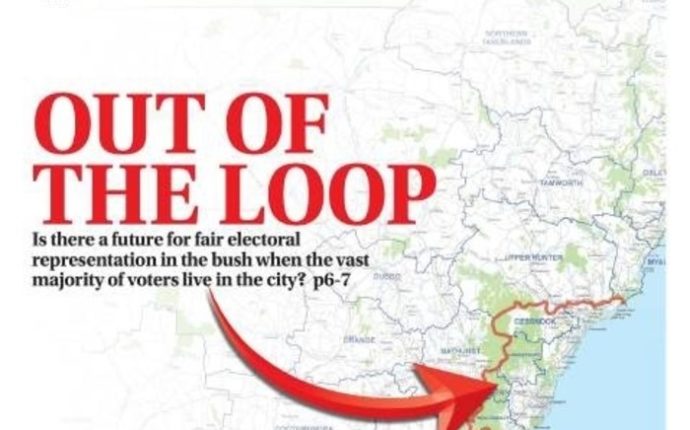 The Land: Out of the Loop.

The divide between city and country seems to be growing 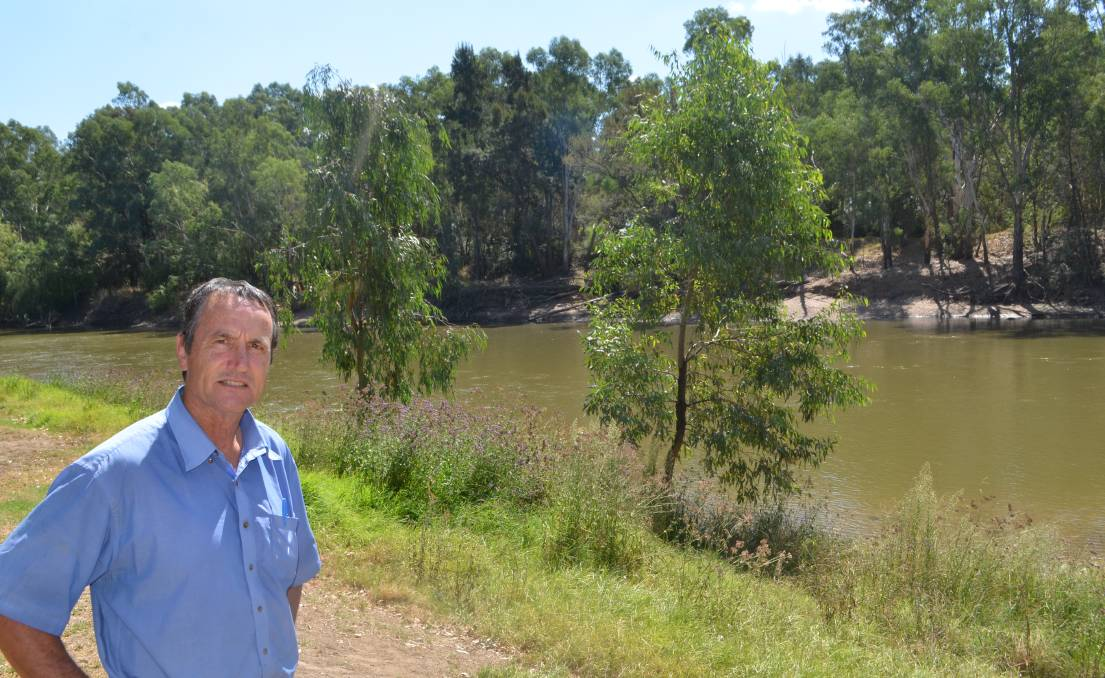 Independent candidate for Murray David Landini has opened a can of worms with his suggestion the Riverina secede from NSW, creating a new state. Photo by Stephen Burns.

IT IS obvious from a map (see the cover), that the vast majority of voters in NSW hug the coastline, clustered around Sydney, and it is there the bones of a future parliament will be decided.

This grates on independent candidate for Murray David Landini’s nerves, so much so he reckons the only future for the Riverina is to be hived off as a separate state.

It’s a radical suggestion and one that elicit groans of frustration from veteran political observers.

This week’s cover of The Land. 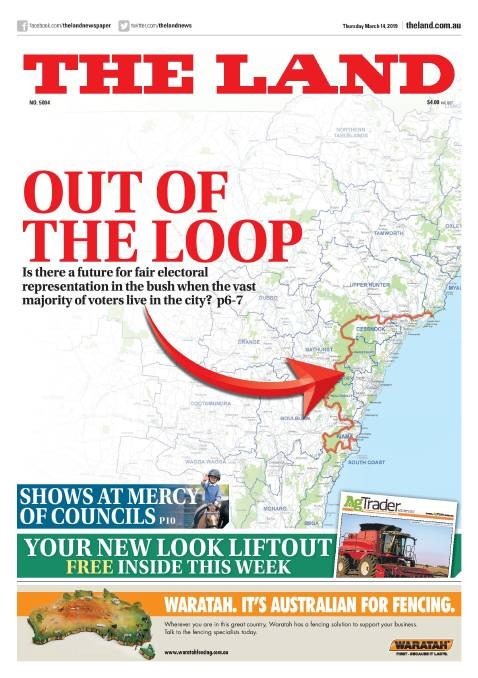 Nevertheless he raises a valid point, of the 93 state electorates in NSW 70 are in Newcastle, Sydney or Wollongong regions.

How then, asks Mr Landini, will regional NSW ever be properly and fairly represented?

The electorate he is striving to represent is currently being ravaged by a loss of employment as irrigation water is sold off and with it goes jobs.

“The people in Murray have been in an ongoing disaster since the passage of the Water Act in 2007,” he says.

“This disaster is destroying irrigation and associated industries and ensuring the continual loss of employment and removal of people from this area in search of work.”

Mr Landini maintains the miserable situation, that few deny exists, has been maintained by National, Liberal, Labor and Green politicians.

And the Greens’ growing influence – Mr Landini says at the last election 11 per cent of voters in the 70 most urbanised electorates made Greens their first preference – is swaying all politicians.

But he says communities that rely on the river to create food have been in decline since the Murray Darling Basin Plan was introduced and the only way to a prosperous future is increasing the quantity of water in productive use.

However, “politics is numbers, and the numbers are by far and away in Newcastle, Sydney and Wollongong”.

That leads him to his conclusion the only hope for the people of Murray is to separate the Riverina from NSW saving it from “green-orientated metropolitan voters”.

Mr Landini says what’s needed is a Riverina-wide referendum and consent of the NSW parliament is the only Constitutional requirement to achieve statehood. 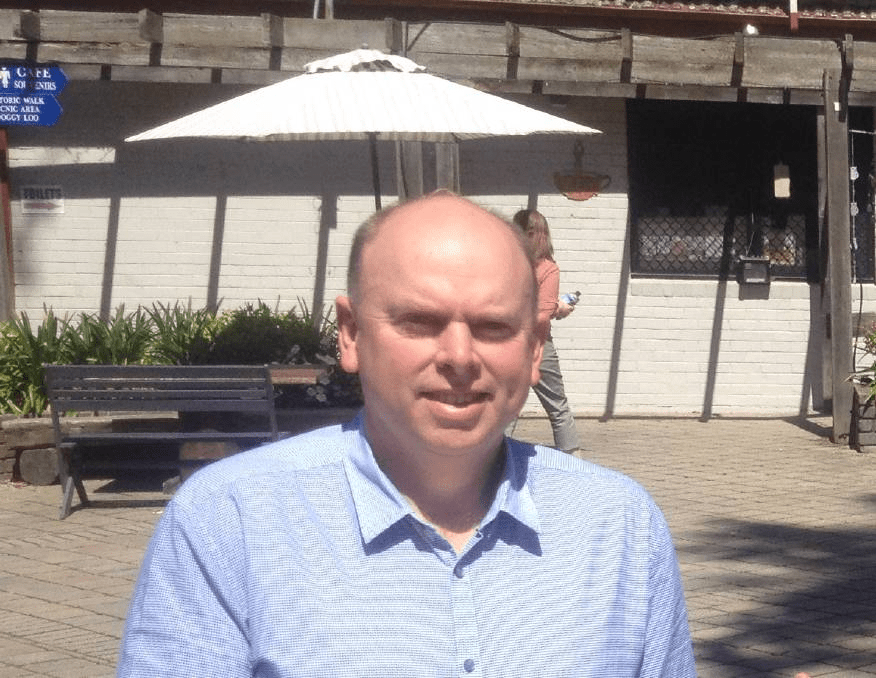 Rest of NSW declares itself an organisation with the “aim of advocating for policies that bring prosperity to communities outside of the Sydney Basin”.

He says recent strong commodity prices have politicians realising they have a restive giant on their hands.

Mr Wheeldon doesn’t advocate creating new states and believes the value of each person’s vote must be equal, and says the real challenge facing regional NSW is depopulation and a blinkered pursuit of populism.

These “sugar hits”, while welcomed in communities they target, are chipping away at budgets that could potentially pay for major road works, major water infrastructure, or subsidise a payroll tax cut in country regions, says Mr Wheeldon.

“Every $5000 grant has a 50-page submission to support it, we’ve got councils hiring people to write grant applications.

“Instead we should facilitate councils and remove inter-governmental cost-shifting so they have the money to pay for new ovals.”

Mr Wheeldon says because there are only a score of regional politicians they all “need to be superstars and our political system of parties and factions doesn’t necessarily create that”. 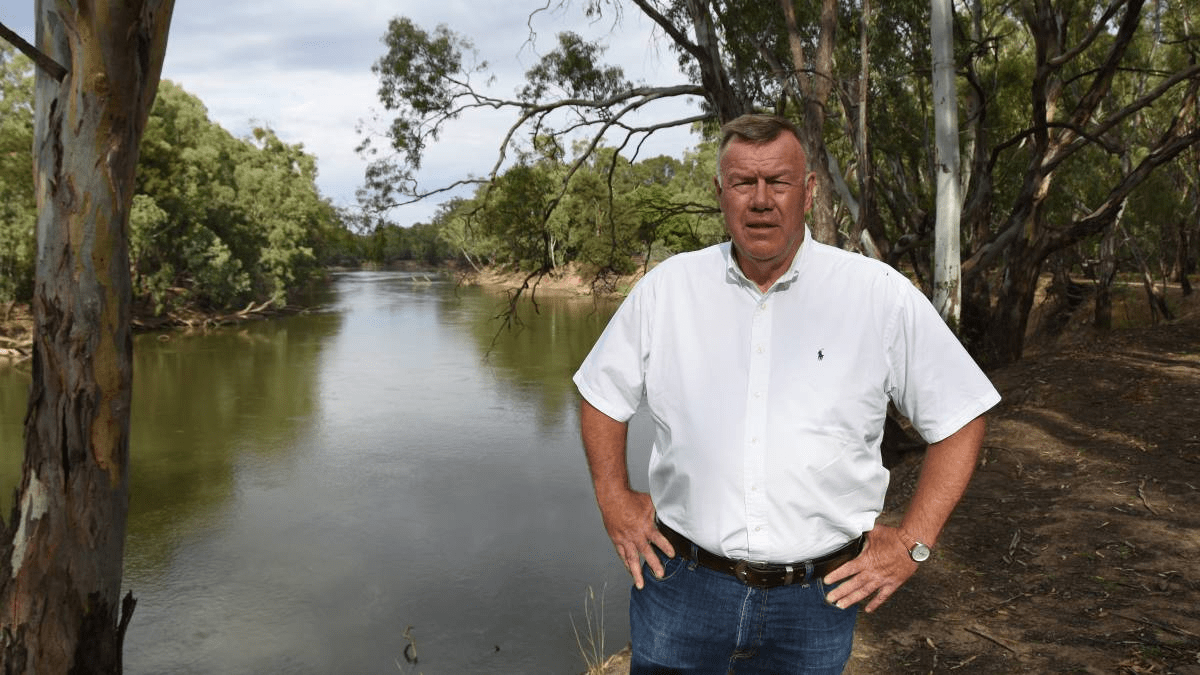 NARRANDERA-based Matrix Commodities executive chairman David Farley, who recently said the MDBP was ravaging and decimating the Riverina,reckons there needs to be a nationwide discussion about where the regions stand in the future of the Australian economy.

“We need to ask ourselves what we want our regions to look like and then we can discuss resource and infrastructure allocation.

“At the moment we’re creating a nation around three or four capital cities, running the country as if we’re only tenants,” he said. 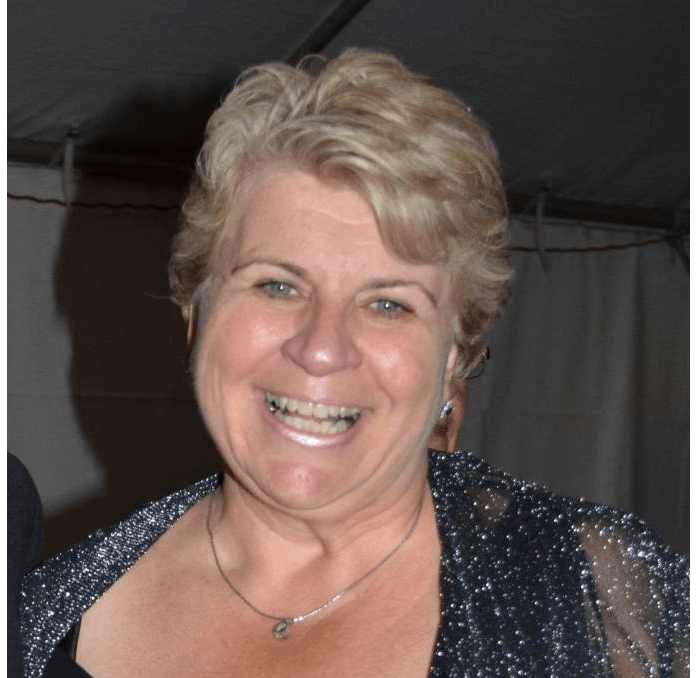 COUNTRY Mayors of NSW Association chairperson Katrina Humphries reckons the separatist intentions of Mr Landini should not be given any oxygen.

“He’s just doing what he can to make a name for himself the lazy way,” she says.

“The issues for the regions going into this election are health, education, water, roads and native vegetation.

“I understand why NSW wants good stadiums, Melbourne is tough to compete against, we have to start somewhere.

“But really I wouldn’t know what the city people are thinking, because I’m out of touch with them.

“Things have changed,” she said, “once everyone had a country cousin and people travelled back and forth, it’s just not like that anymore.” 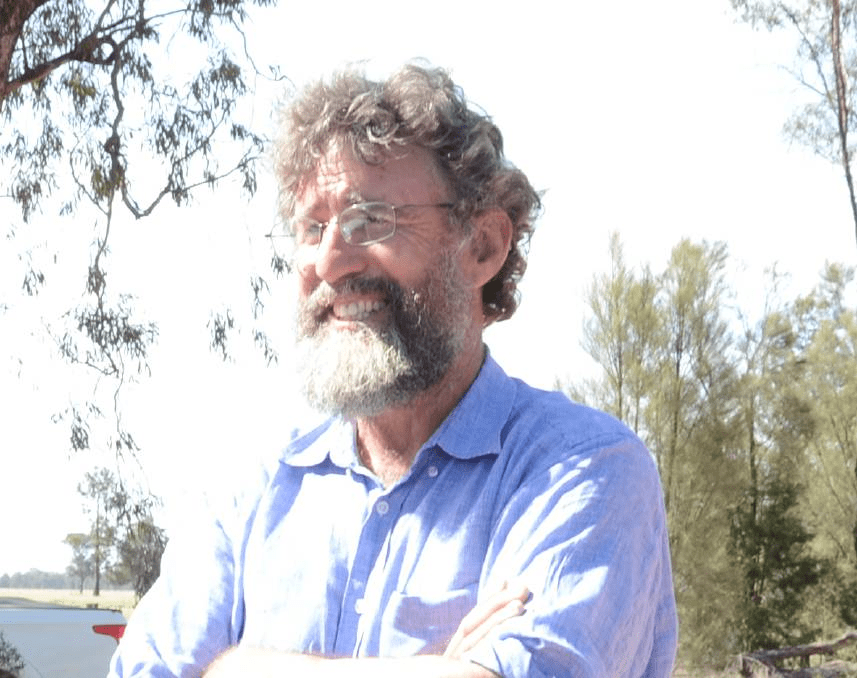 NSW Farmers president James Jackson, who farms at Guyra, doesn’t immediately dismiss secession – after all the New England famously weathered two Royal Commissions during its bid to separate from NSW, but ultimately failed at referendum in 1967.

But he does believe economic stimulus is needed in the bush, particularly during perilous times such as the current drought.

“That there are more electorates in metropolitan areas is an issue created by increasing urbanisation, it’s a consequence of our system and its structure,” he says.

“We need more, the service industries keeping these country towns together are failing, there’s no money around and no-one is doing much business.

“People need to have compassion and realise the state’s economy is not solely based on metro areas.”

He suggested assistance for rural businesses so they can cushion themselves from business shock.

“And the government could easily allow disruption of the electricity market via micro grids, so farmers could diversify their income.

“The government’s energy policy is very much focused on the big end of town and that’s really strange, because you’d think that would be something they could help regions with quite easily.”