Home/Uncategorized /Federal politics is detrimental to the irrigation industry
Uncategorized

Federal politics is detrimental to the irrigation industry 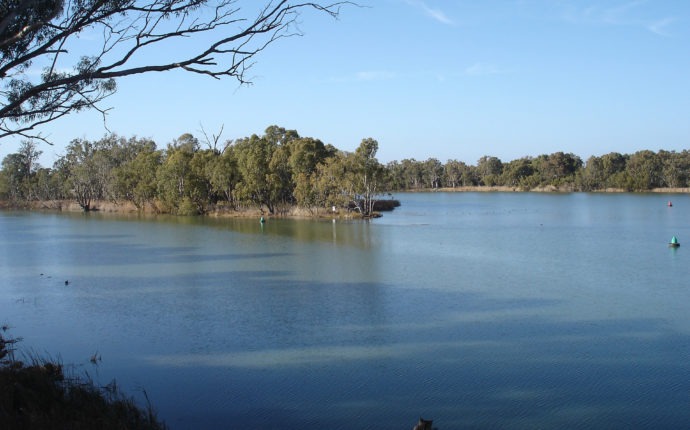 The primary objective of political parties.

The primary objective of the Labor party and Liberal/National coalition is to form government.

Government is formed by the party that has the majority of members in the House of Representatives (in the Federal example).

Australia practically has a two-party system of government where either the Labor party or the Liberal/National party coalition will form government. In order to form government each party will strive to have as many of their members elected to parliament as possible. They will therefore appeal for the votes of as many people in as many electorates as possible throughout Australia.

The difficulties Federal politics creates for the irrigation industry.

This understanding of politics explains the reason for the difficulties the irrigation industry has via the Water Act and Basin Plan.

While the people in the electorates of Farrer, Parkes in N.S.W. and Nicholls and Mallee in Victoria understand and appreciate the importance of irrigation to their financial well being, a significant number of people in Australia are opposed to irrigated agriculture.

There are approximately 1,126,000 voters in SA of which 103,000 voted for The Greens in the 2019 Federal election. A very high number of these people are opposed to irrigated agriculture.

To put these numbers in perspective, there are approximately 100,000 voters in each electorate, calculating to approximately 400,000 voters in the electorates of Farrer, Parkes, Nicholls and Mallee where the vast majority of all the irrigation in Australia is located. There are approximately 875,000 people in N.S.W. and Victoria who voted for The Greens. There are obviously a lot more voters opposed to irrigated agriculture than there are voters in Farrer, Parkes, Nicholls and Mallee.

The difficulties exposed in the 2019 Federal election.

Prior to the election the Liberal/National party coalition formed government with a one seat majority.

The opinion polls were indicating a Labor victory, and the Liberal/National coalition were understandably desperate to not lose any seats.

During campaigning, Tony Burke,  the Labor shadow Minister for Water and Member for Watson in Sydney, visited South Australia (S.A.) and promised that if elected the Labor government would remove another 450 gigalitres from productive use.

The Liberal/National party coalition made no promises regarding the Basin Plan. It is assumed that these parties would continue their previous policy of completing the Basin Plan in full and on time.

Due to the Labor party promise to remove more water from productive use,  voters in Farrer, Parkes, Nicholls and Mallee were desperate that Labor should not be elected, and by default, desperate that the Liberal/National party coalition be re-elected, even though this party promised nothing.

Apon examination, the Liberal/National party decision to promise nothing was an astute decision. If they attempted to match the Labor promise to remove water from productive use they would have antagonized voters in their existing seats of Farrer, Parkes, Nicholls and Mallee and possibly lost those electorates.

If they attempted to appeal to voters in Farrer, Parkes, Nicholls and Mallee with promises to increase the quantity of water available for productive use, or to scrap the Basin Plan and Water Act and return the administration of water to the states, where it in fact legitimately belongs, they would antagonize every Green voter in Australia and a very large number of voters in SA, and certainly lose at least one SA seat – possibly a number of urban seats – and certainly lose government.

The election was eventually won by the Liberal/National party coalition with a very narrow two seat majority.

Water management is being used by Federal politicians and parties to win votes so that they can win seats in parliament and form government. It is not being used for any other purpose. Consequently, the situation of irrigated agriculture is dire while the administration of water is in the domain of Federal politics.

To ensure the prosperity of the people in Farrer, Parkes, Nicholls and Mallee, the states of N.S.W, Victoria and SA need to remove water management from Federal administration.

The states need to re-assert their legitimate authority over water as guaranteed in Section 100 of the Australian Constitution (1) and manage water as they did from the time of the federation of Australia until the Water Act 2007.

If, as is likely, N.S.W. continues to decimate the irrigation industry, the people in the electorates of Farrer, Parkes and Riverina need to form a Riverina state separate from N.S.W. This Riverina State would assume authority over water in its own State right. Formation of a new state is provided for in Section 124 of the Australian Constitution (2).

If water management is not resolved successfully, it doesn’t matter which political party forms government, irrigation areas will eventually dry up and the people will blow away.

(1) Section 100. The Commonwealth shall not, by any law or regulation of trade or commerce, abridge the right of a State or of the residents therein to the reasonable use of the waters of rivers for conservation or irrigation.