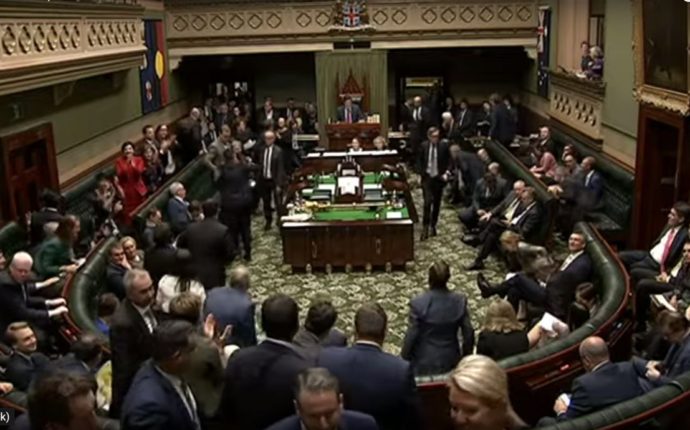 For context, an amazing video of our formation from conception to birth follows. In summary; we are wonderfully made!

The N.S.W. Parliament recently voted to remove all legal protection from babies in-utero (before birth) via the Reproductive Health Care Reform Bill 2019

Members of Parliament voted as follows:

The following protest was lodged.

The ACTING PRESIDENT (The Hon. Trevor Khan): I inform the House that the following protest was signed and lodged with the Clerk today. According to standing orders, a copy of the protest will be forwarded to her Excellency the Governor. The protest reads as follows:

We the undersigned protest against the passing of the bill titled the Abortion Law Reform Bill 2019 for the following reasons:

1.Because of the process used to fast track the bill through the NSW Parliament which:

Excluded any meaningful consultation with, or discussions of, the consequences of the bill with large sections of the NSW community, including all faith communities;

Failed to establish either a Legislative Assembly or Joint Committee to inquire into and report on the bill;

Established a Legislative Council Committee to inquire into and report on the bill over just 5 business days that, in all the circumstances, was woefully inadequate;

Failed to consider over thirteen thousand submissions to the Legislative Council Inquiry due to a lack of time.

Fails to codify the existing law and practice in New South Wales on abortions before 22 weeks, thereby exposing pregnant women to increased risks associated with abortions;

Fails to introduce adequate safeguards in the case of late term abortions;

Fails to uphold the principle of conscientious objection for health practitioners;

Fails to ensure all pregnant women are made aware of the availability of non-directive pregnancy counselling;

Fails to prohibit the commercial trade in the tissue of an aborted baby.

3.Because if enacted the bill will fail to adequately protect the rights of an unborn child in New South Wales from late term abortions.

Opinion: The Reproductive Health Care Reform Bill 2019 fails the standard of justice, meets the standard of inhumanity, and is a doubtful representation of the will of the people in the Riverina.