Home/Uncategorized /The Irrigator (Leeton): The Riverina State will register as a political party
Uncategorized

The Irrigator (Leeton): The Riverina State will register as a political party 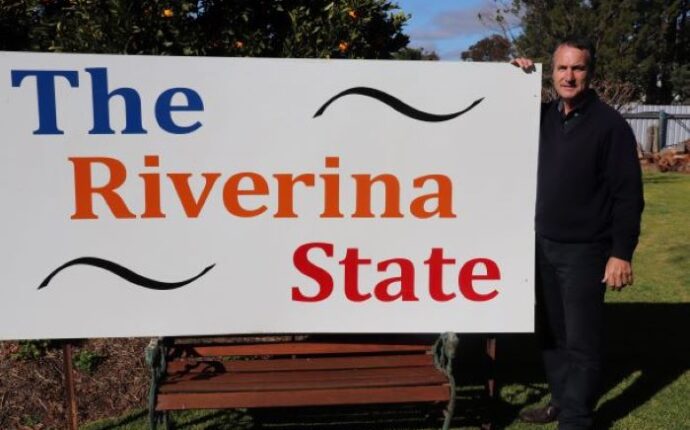 MOVES: David Landini is registering The Riverina State as a political party at a state and federal level.

A NEW political party will push its agenda of separating the Riverina from the rest of NSW.

David Landini, who ran as an independent for the seat of Murray in last year’s state election, said he would now be registering and forming The Riverina State as a political party.

This will be done at both a state and federal level.

“The state of NSW is currently under the political super-domination of the population and politicians in the metropolitan areas of Newcastle, Sydney, and Wollongong,” Mr Landini said.

“Politicians from these cities are making decisions that are very detrimental to the people in The Riverina, most obviously being the management of natural resources such as water (and) timber.

“But, because of the super-domination of NSW, the people in The Riverina cannot do anything about it.

“A Riverina State will enable the people in the Riverina to escape this domination and govern themselves in the way they themselves decide is most beneficial.”

Mr Landini said a Riverina state on its own would enable the area to administer the water, timber, and all other natural resources within its area.

He said this state would ensure natural resources are used in the manner most beneficial to the people in The Riverina.

How big would this state be?

According to Mr Landini, the Riverina is generally the eight electorates west of the Great Dividing Range, including water management infrastructure such as Hume, Burrinjuck and Blowering Dams, and the Murray River.

“If the long-term trend continues, in 40 years there will only be one electorate west of the Great Dividing Range,” he said.

“Having only one member of parliament west of the Great Dividing Range will ensure that the people in this area have practically no effective representation in parliament.”

Mr Landini said having a Riverina state would rectify this issue.

“The formation of new states has been provided for in the Australian Constitution,” he said.

“The only requirement for forming a Riverina State is the consent of the Parliament of NSW.

“A Riverina State can certainly be formed.”

The party will plan to stand candidates in state and federal elections.

Residents wanting to find out more about this idea and the formation of The Riverina State political party can visit www.theriverinastate.com.au.