Barwon and Murray Electorates to increase in size – Again! 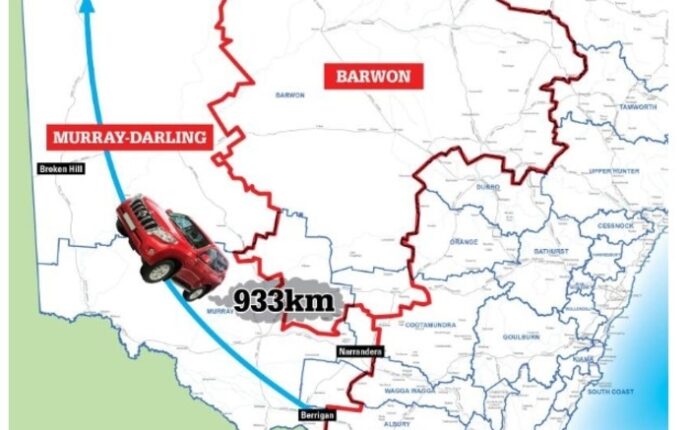 The NSW Nationals have submitted a proposed electoral re-distribution to the NSW Electoral Commission. Putting aside the probable attempt to remove the two Shooters Fishers and Farmers Members of Parliament elected in 2019, the submission displays the fatal flaw of NSW, and of all other Australian states for that matter.

Notice that both electorates of Murray and Barwon have been expanded to include parts of neighbouring electorates. This is necessary to keep both electorates within 5% of the state population average as required by law.

This is a continuation of the long term trend of country electorates increasing in area, while city electorates decrease in area. This trend has seen one electorate (and corresponding Member of Parliament) effectively disappear from the country and re-appear in the city every five years.

As this trend can be expected to continue, in forty years there will only be one electorate (and corresponding Member of Parliament) west of the Great Dividing Range.

One Member of Parliament west of the Great Dividing Range is effectively no parliamentary representation. This will ensure the continuation of the stagnation and decline of the livelihoods of the people in The Riverina.

A Riverina State is essential, and the sooner the people in The Riverina achieve it, the better off we will be.