Home/Uncategorized /Malcolm Turnbull Appointed Chairman of the new NSW Climate Board – and The Riverina Needs to leave NSW.
Uncategorized

Malcolm Turnbull Appointed Chairman of the new NSW Climate Board – and The Riverina Needs to leave NSW. 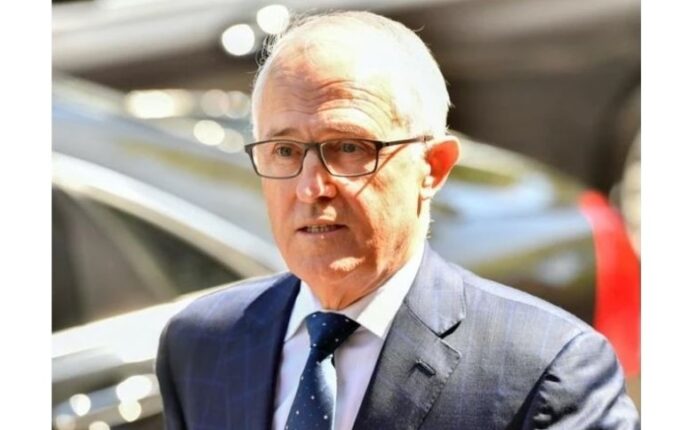 Malcolm Turnbull will take up his first political role since quitting parliament, after the former prime minister was picked to be the chair of a new NSW government climate board.

Mr Kean has declined to publicly confirm the recommendation, but NCA NewsWire understands Mr Turnbull has been selected for the role pending cabinet confirmation on Monday.

The move had the backing of multiple senior figures within the Berejiklian government which, like Mr Turnbull, supported a net zero emissions target by 2050.

The federal government has so-far eschewed the target, but Mr Turnbull in November predicted Scott Morrison would ultimately be forced to adopt it.

Mr Turnbull has also taken jabs at his successor on climate change, accusing Mr Morrison of being “dazzled by … (and) over-channelling” former US President Donald Trump.

“The reality on climate is all of our major trading partners have a net-zero target … so Australia has to get on board,” he said.

In February, he teamed up with Andrew “Twiggy” Forrest to head a clean-energy drive at the iron ore Fortescue Metals.

The former Prime Minister’s stance on climate change caused ruptures within the federal Liberal Party during both his stints as leader.

On losing the leadership, Mr Turnbull famously declared “I will not lead a party that is not as committed to effective action on climate change as I am”.

He would later lose the Prime Ministership in 2018, in part due to a conservative revolt over the National Energy Guarantee.