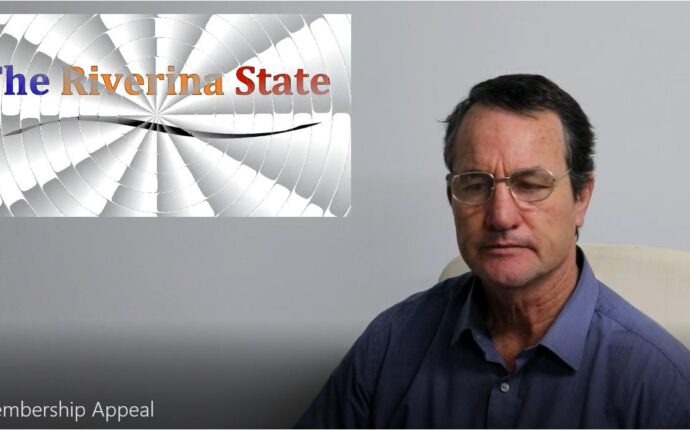 My name is David Landini.

In this video I will propose the reason and benefits of the formation of The Riverina State political party, and invite you to join.

The primary reason of course is to cause and accelerate the formation of The Riverina State.

2) The second benefit is that standing candidates in elections as a registered party gives supporters the opportunity to express their support by their vote. Supporters will be pleased with this.

3) The third benefit is that candidates may be elected to Parliament and pursue State formation within the Parliaments and governments of both NSW and Victoria. Riverina State Members of Parliament will self evidently increase public profile and promotion immensely.

There are two levels of membership. If cost is a problem, join as an Establishment Member at no cost. Financial difficulty will not be a barrier to party and State formation.

Otherwise, join as a General Member at some cost, with voting rights.

Most people will appreciate that State formation requires significant effort and cost. The cost can be covered comfortably by a significant number of people making a relatively small contribution. Membership includes no liability, and all contributions will be tax deductible.

If you haven’t already done so, download a membership application at the link below and join the Riverina State party.