Home/Uncategorized /The Murray-Darling Basin Authority appears to be more rooted in propaganda than guiding the whole basin to a prosperous future: Lloyd Polkinghorne.
Uncategorized

The Murray-Darling Basin Authority appears to be more rooted in propaganda than guiding the whole basin to a prosperous future: Lloyd Polkinghorne. 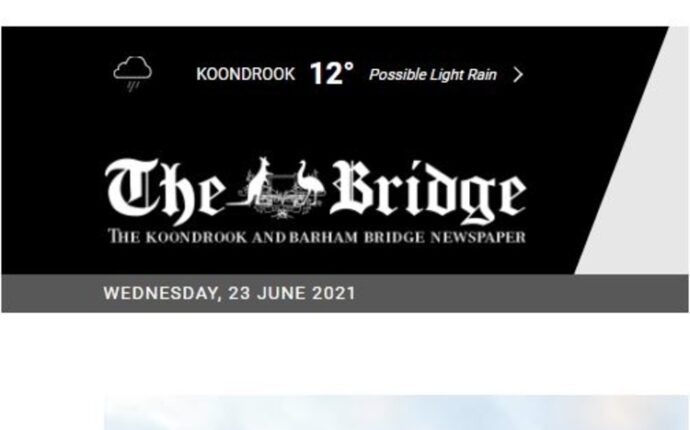 Remember that NSW and Victoria voluntarily sign up to the Basin Plan every year. David Landini.

Last week, Griffith hosted the first annual Murray-Darling Basin Authority (MDBA) River Reflections conference. It was with much reluctance that I headed up to the event, but I am glad I did because the gospel, according to the MDBA, appears to be more rooted in propaganda than guiding the whole basin to a prosperous future.

To understand the drivers of this behaviour, it is critical to understand the role of the ‘Authority’. The MDBA is a tool for delivering the highly political Murray-Darling Basin Plan. It is not there to serve the people or even manage our resources in a holistic manner, but to deliver on timeframes and volumes, on-time and in-full.

For $80, attendees had the chance to watch very highly paid individuals with little to no skin in the game, tell us about the challenges and success of their master’s plan.

Climate change was a huge part of the presentations – lower inflows, drying trends and reduced allocations. Fair enough, a huge impact to the whole basin. But why don’t we talk about the factors we can control, that sit external to climate change?

Without people from the audience asking questions, the ‘gospel’ according to the ‘Authority’ would be one that left many of the potential solutions and problems far away from prying eyes.

Australia’s largest irrigator is the Commonwealth Environmental Water Holder (CEWH) and despite being a triggering phrase to some, it is unequivocal. Your Federal Government delivers, trades, and carries over water and has spent billions of dollars buying those water licences.

Sadly, they don’t seem to care about the yield on their licences. One form of licence that the CEWH owns, is NSW General Security (NSW GS). The erosion of NSW GS has a devastating impact on communities, industries and ecosystems in our region and the excuse of climate change is, frankly, pathetic. Let’s hang our hat on climate change and ignore the things we can address like issues on the Darling/Barka, the Murrumbidgee, increased conveyance, the con of the Barmah Millewa borrow, and carryover rule changes.

Remember, while the CEWH may go without part of their huge allocation portfolio, real families are impacted, people trying just to pay their bills or feed their kids!

Maybe it is the Land and Water Conservation 1999 publication on the cap which summed up one of the contributing factors so well:

The cap which Land and Water Conservation was referring to, was the 1993/94 cap on extraction. This was due to the rapid expansion of diversions which, between 1988 and 1994, showed a growth of 7.9 per cent.

Maybe the MDBA and CEWH should ask former MDBA water expert, Maryanne Slattery, about the huge growth of diversions from the Northern Basin since 1994 in both Qld and NSW!

Or maybe the CEWH should ask the MDBA what effect draining Menindee in 2015 and 2017 had on NSW GS allocation.

If you spend billions of dollars of taxpayers’ money buying NSW GS and the yield falls 50%, should you solve the problem, or just buy more water with more taxpayer funds?

If you had 50% lower inflows and you were managing the health of the whole basin, would you not mention the sacred cow of the South Australian Lower Lakes?

South Australia makes up around 6% of the basin, yet lead the authorities around by the nose. Under questioning in Griffith, the response was the science surrounding the Lakes was in question. To highlight how ridiculous this statement is, it is like stating the science behind fire being ‘hot’, is in question.

The fact remains SA built a dam across an estuary, drained swamps that fed the Coorong and now look upstream for almost solely freshwater solutions.

Holding an estuary above sea level with 50% less inflow and predicted sea level rises uses how much fresh water in the driest inhabited continent on earth?

Let’s ignore that too…

Are these people paid huge salaries to save the basin, or deliver their master’s plan?

The Australian people and future generations of our once great land are paying the price for this treason.