Home/Uncategorized /There is no Federal or State government on the Irrigation Community’s Side.
Uncategorized

There is no Federal or State government on the Irrigation Community’s Side. 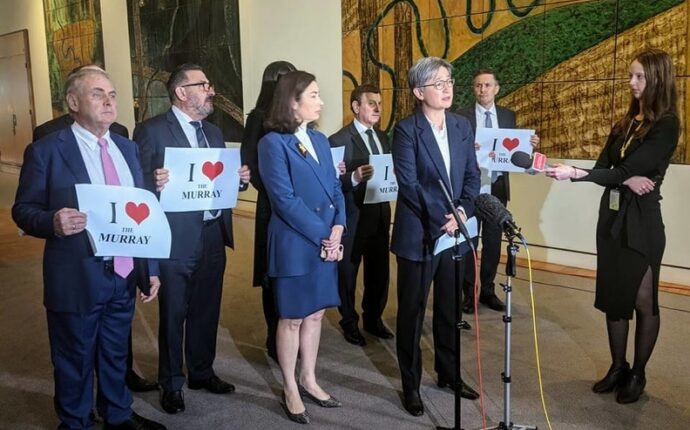 The Federal Liberal and Labor party insistence that another 450GL of water be removed from farm use, and the complicity of NSW and Victoria by committing to the Basin Plan every year, proves that no State or Federal government is on our side. The only State that will keep water, prosperity, and people in irrigation areas is a Riverina State. David Landini. 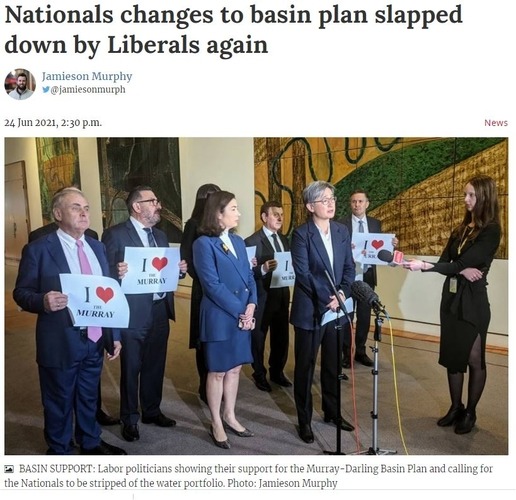 THE Nationals have made another attempt to drastically alter the Murray-Darling Basin Plan, only for it to be slapped down by their Coalition colleagues.

On Thursday, the Nationals attempted to move a set of amendments in the House of Representatives, after they had failed to get up in the Senate the night before.

The Liberals subsequently killed the motion and gagged Nationals whip Damien Drum from speaking, despite calls from Labor to continue the debate.

The amendment sought to remove the 450-gigalitre water recovery target, legislate the promise of no more water buybacks, enable new offset projects and ensure no more water is taken when the plan concludes in 2024.

The move was always destined to fail, given National Party ministers would not have been able to vote for the amendments without losing their portfolio for straying from Coalition policy.

There’s speculation the motion was politically motivated with no real chance of getting up, to show voters the Nationals are “standing up to the Liberals” – something supporters of new party leader Barnaby Joyce claim was lacking under his predecessor Michael McCormack.

South Australian politicians have been outraged by the proposal, which would drastically reduce the amount of water the state receives.

Labor and South Australian crossbenchers have called for the Nationals to be stripped of the water portfolio in the upcoming reshuffle.

Labor water spokesperson Terri Butler said it was chaotic to see the Nationals move amendments against their own government.

The Nationals revealed their talking points when they tabled the document to the parliament, which stated the science no longer supports South Australia’s need for the water and rising sea levels the state’s Lower Lakes system would not need the water.

“These comments underscore the parallel universe the National Party is living in, and they also underscore why it’s so important that we don’t have a National Party Water Minister following the reshuffle,” Ms Butler said.

The Nationals remain firm that the basin plan is slowly destroying regional communities.

“We’ve recovered 97.5 per cent of the water the plan set out to recover,” Mr Drum said.

“For goodness sake Australia, look at the damage and pain, look at the pain you’ve done to our communities. Enough is enough.”

The amendment to change the MDBP was tacked onto a bill to carve off part of the Murray-Darling Basin Authority into a new compliancy agency.