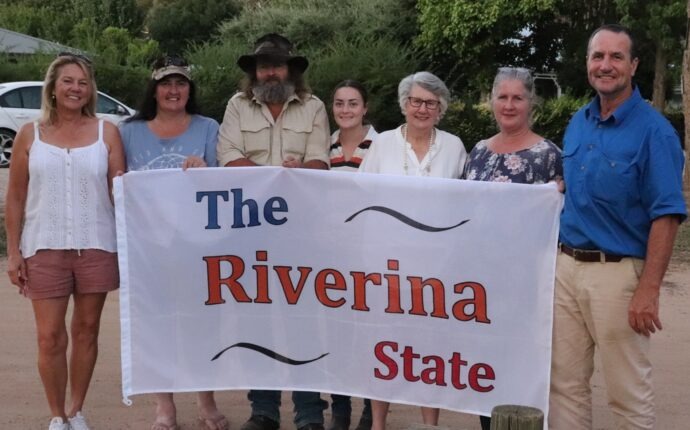 The Riverina State Group held an information evening at the Lions Park in Hay on the 29th of March.

Information on the super domination of NSW by the urban population and politicians of Newcastle, Sydney and Wollongong, and the large Green voting fraction in this population, was presented.

It was pointed out that regardless of party, it is a political reality that all urban politicians need to appeal to Green voters to be elected to parliament and to form government. This necessarily creates some degree of opposition to the natural resource based industries such as agriculture (particularly irrigation), forestry and mining that many people in the Riverina are employed in.

These varying degrees of opposition will ensure that the prosperity of the people, and population, in country areas continues to decline.

As provided for in Section 124 of the Australian Constitution, the only requirement for Riverina State formation is the consent of the NSW Parliament. It is intended that a formal referendum of the people in the proposed new State be held, and that the expected successful result be used to cause the NSW Parliament to consent to this formation.